Woman Had Condom Stuck Inside Her For 24 Hours

Tearing apart a hotel room looking for a missing condom isn’t exactly what you want to be doing post-sex, but that’s exactly what Australian sex blogger Nadia Bokody and lover were left doing after discovering they couldn't find the  rubber contraceptive.

It began promisingly enough: an infatuation with a British man working in her office. A business trip to Hawaii and what do you know… one thing leads to another.

Hardly A Sexy Night To Remember

But it was hardly the sheet clutching, scream inducing experience Nadia had been hoping for.

In the video she explained how the encounter did not live up to her expectations: “Things started going rapidly downhill."

“He was not particularly sexually experienced… it was like two virgins going at it for the first time. I’ve never had such embarrassing sex.”

Things could only be described as going from bad to worse when Nadia realised that her date was  no longer wearing a condom. He hadn’t removed it. It was just… gone! 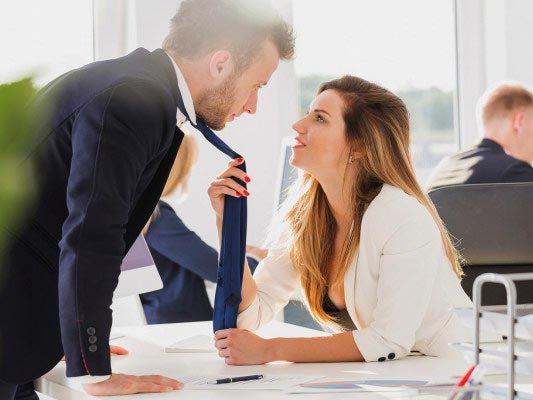 Where Is The Condom?

“We started ripping blankets off the bed. We were pulling apart the hotel room, ripping it to shreds.”

Sure, they realised it could be stuck in Nadia. But a search down there also proved fruitless.

“Just when you thought sex couldn’t get any worse” she complained.

Assumed it was lost somewhere in the hotel room, life went on.

The following day on the flight back to Australia Nadia realised something was wrong. “My stomach felt a bit weird there was this sort of heavy feeling in my pelvis that I’ve not felt before.”

Nadia rushed to the plane toilet, sat down and out popped… the missing condom… into the bowl - 24 hours after she had sex.

“As I’m heading back to my seat I’m feeling more and more nauseous, it feels like I’m actually going to throw up,” she said. “I thought…  could I be pregnant?”

A little too soon to say perhaps, but a concern none the less. Nadia wasn’t pregnant but she now takes extra precautions when it comes to using condoms.

“I’ve never been so careful in my life since that day with using condoms and having sex.”

Why Condom Size and Fit is So Important

If you use condoms right, they're 98% effective at preventing pregnancy. Condoms can occasionally come off during sex if they're not the right size or not put on properly. It’s important to  pick the right condom size and condom brand that fits most comfortably and snugly.

You can choose from a variety of condom sizes here, starting with  Glyde Slim Fit, Glyde Ultra and Glyde Maxi Condoms. Purchasing direct from us means you get the best range of condoms in Australia, better value for money, and you’ll have them mailed in secure, discrete packaging straight to your door.