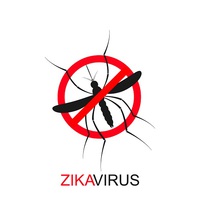 Recently, the World Health Organisation (WHO) declared a world health emergency for the Zika virus. While the virus is currently isolated in the American continents, any condom supplier in Australia would be negligent if they don’t keep “current” on the status of the Zika virus.


Why Would a Condom Supplier in Australia Worry about a Virus on the Other Side of the World?

The Zika virus has spread from South America to Central America. Recently the first case in the US was reported. The culprit was not a mosquito bite, but sex. While the virus isn’t usually fatal to adults, it has been linked to thousands of tragic birth defects in Brazil. The babies have heads that are so small they prevent the brain from fully developing.

The person who was infected in the US had traveled to Venezuela and had not been bitten by a mosquito.

The WHO currently recommends that anyone who travels to any area where the Zika virus has been reported use a condom when having sex. In addition, women should avoid contact with semen from any men who have traveled to or live in a Zika virus area.


Have We Seen This Before?

AIDS was once a condition that only happened in remote areas of Africa. Once it spread to the US and to Europe, it became a worldwide danger. Currently, an estimated 1.5 million people a year die of causes related to HIV/AIDS.

While the Zika virus isn’t killing people, it is easily spread and only one out of five people feel immediate symptoms. Those symptoms are usually conjunctivitis, joint pain, rash or a fever in any combination. Less common symptoms: headache and muscle pain. Usually, people don’t even get sick enough to go to the hospital. Deaths are exceedingly rare. The virus stays in the blood for a week after its incubation period, which is currently unknown.

It’s only a matter of time before Zika becomes a household word in Australia. It’s a great time to get in the habit of using condoms. Feel free to browse around our site or make an order online. If you would like more information, call us today: 1300 4 CONDOMS (1300 4 266 366).