Online dating has opened up a new world for a lot of people. Before the internet, people usually either found dates in their circle of friends and acquaintances or went to places such as bars to meet strangers. Then, in the 2000’s, online dating turned the “game’ upside down. 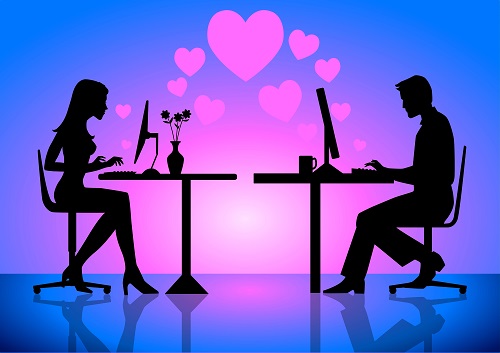 Now, it is easy to find people to date on the internet. All you do is fill out a profile, contact others by their profiles or wait for others to contact you. It all sounds easy. But now that it is so easy to find dating partners, there is an entirely new set of “rules” and problems.

One of the biggest problems is breaking it off. Women are often afraid to say they aren’t interested on a first date because they are afraid of being assaulted. Sometimes the first few dates go well, but a “deal-breaker” shows up. Sometimes, one partner isn’t satisfied with the sex and decides it isn’t going to work.

Whatever the case, nobody likes to tell a hopeful person to their face that they aren’t interested. Even by email or by phone, a lot of people feel awkward telling someone they didn’t “make the grade.” But with every problem, a solution appears. In this case it is called “ghosting.”

So, what is “ghosting?” Ghosting means you “disappear like a ghost.” You stop answering messages or phone calls. For the person who is turning the other person down, there is no muss, no fuss and no hassle. All you do is pretend the other person doesn’t exist.

It doesn’t take a lot of energy to ghost someone and it is the easiest way “out” of a budding relationship or a first date. And it is becoming the most popular way to break off an online relationship.

If you are interested in buying condoms online, you can buy them here. Feel free to browse around.