He was in a band called Queen.

He dressed in drag in the music video for “I want to break free.”

He was Freddie Mercury. And as pop star Adam Lambert, who currently performs with two original band members of Queen points out: “There were interviews where they were asking if he was gay and he said: ‘Yeah as a daffodil… gay as a daffodil,’ and I don’t know if they thought he was being flippant, but he never really said, ‘No, I’m not.’”

Unconvinced the iconic singer was hiding his sexuality from the world

“I don’t know how ‘in the closet’ Freddie actually was,” he said. 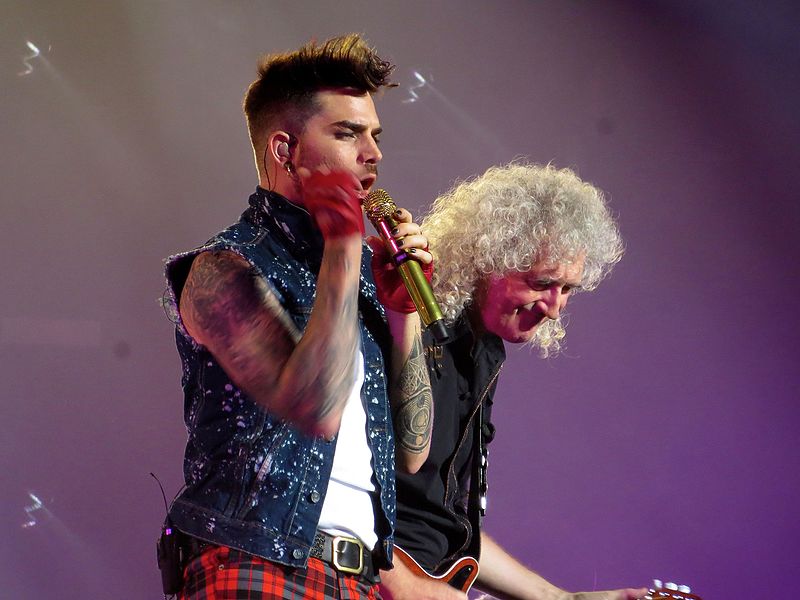 Lambert (who is the first openly gay man to have a No. 1 album on the Billboard 200) makes the point that sexual attitudes have changed dramatically from what they were in the 1980s and 90s. Back in those days, people were still uncomfortable discussing LGBTQ issues, but Mercury wasn’t necessarily hiding who he was. “I mean it was like another time where it was just taboo to even discuss it in the media,” he said. “I think it might have been interpreted as him being tongue-in-cheek, but he sort of owned it from the get-go.”

The Times They Are a-Changin'

You also have to remember Queen’s style of music and their audience. This wasn’t the fey tunes of other 80s icons the Smiths. It was hard rock, at times bordering on metal, delivered to an increasingly macho crowd. Alternative hard rock pioneers Hüsker Dü – fronted by two gays has just appeared on the music scene. Gay hardcore metal god Henry Rollins was still a fringe figure.

It took some years until stars could very easily be open about their sexuality and who they were with the media.

How Freddie helped lead the way

"As a pop artist you want people to relate to you and then at some point I had to just balance all of that out with who I actually am, as an artist, as somebody who wants to express himself." The 36-year-old singer said starting out was like walking through a minefield. “It was a lot of guessing and that was fucking scary because I was playing with fire. Can I explore this topic? Can I sing about a guy in a song? Can I display sexuality during this performance? A lot of thing were taboo and got some backlash. It was interesting. But now it’s nine years later and I’m seeing different pop acts come up that are so proud about their sexuality and it doesn’t even seem like it’s a big thing anymore! We’re moving to the other side of it, where it’s the way it always should have been.”

In a sense Freddie was not only a trailblazer for music, entrenching hard rock with the mainstream radio-listening public, but also for the LGBTQ music stars who would follow in his wake.

The late, great Freddie Mercury was always ahead of his time.