Condom jokes have probably existed since condoms existed. Which is quite a while. The rubber vulcanization process was invented in 1839 by Charles Goodyear and patented in 1844. Since then, well, let’s just say, the relationship between men and rubber has been complicated.

The Nuns And The Condoms

So these three nuns are out for a walk and the first nun says, “You wouldn’t believe what I discovered in the priest’s room?”

Intrigued, the others motion her to continue.

“A copy of Playboy.”

“What did you do with it?” asks the second nun.

“That’s nothing,” says the second nun. “I found condoms in his room.”

“What did you do with them?" asks the first nun.

The second nun responds, "I poked holes in all of them."

(Condoms are) “Like you’re getting a massage while wearing a winter coat,” American stand-up comedian Ari Shaffir jokes in his set. 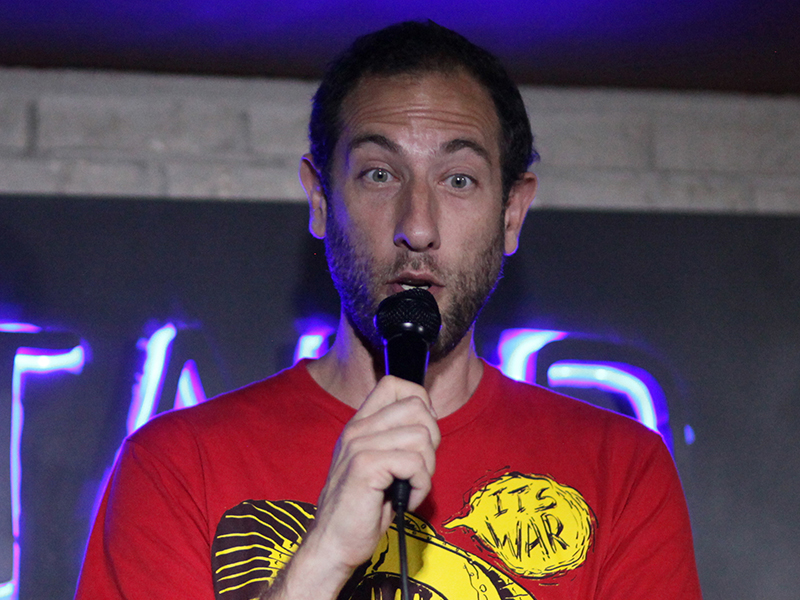 It’s a joke and analogy that’s not unfamiliar. Shaffir has become infamous for talking about his experiences using condoms.

“If you wear a condom, that means you don’t have to wear a condom the next nine times,” he jokes in another set.

This gibe is met with audience applause, but it may be no laughing matter.

Time To Get Serious About Condoms

Recent statistics show condom use in Australia is in decline across genders, despite climbing STI rates, especially among younger people.

A research paper published in the journal Sexologies in 2021 found that, while 15 to 24-year-olds make up about half of total STI cases reported annually, just 41% regularly use condoms.

Why Is There Declining Condom Use?

The #1 reason men use for refusing to wrap up is they claim it doesn't have the same sensation as going bare.

The old I can’t feel anything with one on argument (basically Shaffir’s “massage in a winter coat” joke) did in the not-too-distant past have an element of truth. Original latex condoms could be, well, thick… but modern technology has completely taken care of that problem. There are so many variations of condoms today. There are ultra-thins — which provide the feel of almost not wearing one, latex-free for those with alergies, or even ribbed and extra-long lasting ones.

And there the joke should have been buried.

But it hasn’t and STI rates have climbed steadily for the last five years in Australia while knowledge about condoms and STIs – specifically the risk of contracting them – remains low.

It’s clear education is lacking; and this isn’t helped by comedians going for easy but inaccurate jokes about condoms — the main way of protection yourself from STIs, as well as the health of sexual partners and the community.

Yeah, so there’s this guy he keeps laughing at old jokes about condoms. Re-tells them even.

Now he has a difficult to cure STI.

Because that’s the ultimate punchline to condom jokes. And there’s nothing comical about it.

No Excuse To Not Use Condoms

At CondomSales.au we have loads of condoms.

Thin ones. Extra thin ones. Ultra thin ones. Some are so thin you’ll forget you're wearing them. You’ll never laugh at another condoms are like socks joke again. Plain packaging. Direct to your door. Place an order today. Because tomorrow is another day.