As a trusted condom supplier in Australia, CondomSales strives to educate Australians about condoms and sexual health without being “preachy” or recommending abstinence. We think sex is great, no matter what floats your boat. But we also know that there are a lot of STI’s out there and the best way to keep from getting them is to always wear a condom when having sex. 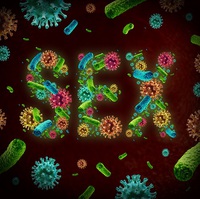 
Some STI’s are cured with antibiotics. Some aren’t curable but can be managed through drugs. Some go into remission for long periods of time and then come back.


Some STI’s have symptoms. Some don’t. The only way to know for sure is to get tested by a medical professional.


Some Statistics about STI’s

Rates of gonorrhoea have increased in the last ten years, but these STI’s have actually gone down: Hepatitis A, B, C and syphilis.


The best way to protect yourself is to always use a condom when having sex. Feel free to browse our site. Contact us if you have any questions.