While the Russia of today may be best known for beautiful Instagram models and Vladimir Putin poisoning any and all who oppose him… what was the Soviet Union (1922-1991) known for? The Cold War? Ballet? Not condoms—that's for sure. 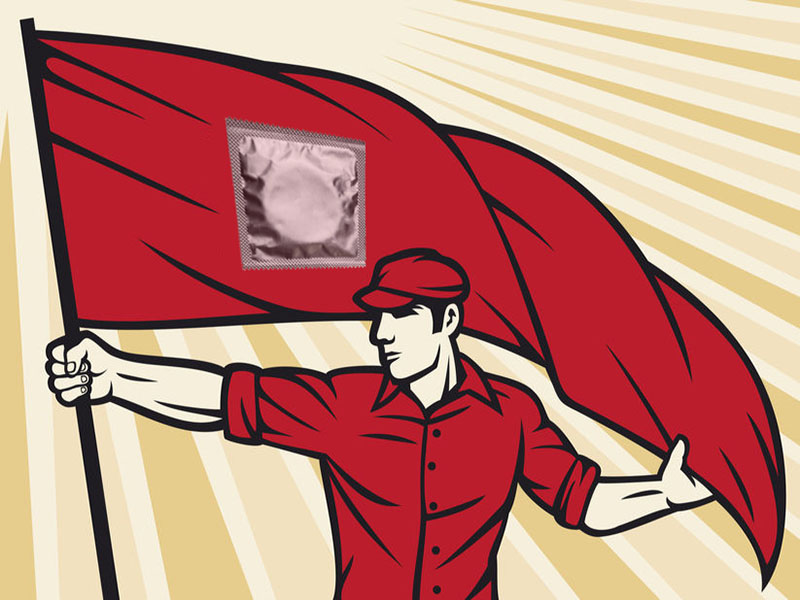 But the people of the largest communist country that ever existed sure needed them, and the first factory manufacturing condoms was the Bakovsky factory—which operated in the Moscow area from the 1930s. Their condoms were known as “Product #2”. Oldies who lived in the Soviet Union still refer to them this way today.

Naturally, the company was only producing military goods during the wartime, but Product #2 was back on the manufacturing line again by the 1950s.

Unfortunately, in March 2020 the Bakovsky factory went bankrupt because of cheap Asian condoms overflowing the market—but that’s capitalism for you, comrade.

The consensus is: not good. Like the Lada automobile, nothing you’d want to test-drive today.

Not lubricated, made of rubber instead of latex, and definitely too thick to get much pleasure out of the sexual act, anyway.

State standards for rubber thickness in the USSR were 0.09 mm while modern day condoms are only 0.06 mm thick. Today you can buy ultra-thin condoms of various kinds and brands—why not try  GLYDE Ultra 53mm Condoms?

Setting The Mood With Talc And Rubber

The distinctive smell of rubber combined with talcum powder—which was used instead of  personal lubricant—was probably not much of a turn-on either. No wonder people were often buying foreign condoms on a black market, washing and re-using them repeatedly. It was not until the 1980s that latex condoms started being manufactured by the Bakovsky factory.

But the Soviets were trying to come up with something better before that. At least the latest research suggests so. Ian Fleming, the creator of James Bond was working as an intelligence officer in Stalinist Russia when he tried to smuggle some Soviet condoms across the border. Why? Because they were made of a new synthetic material.

Being caught by border guards with the newly-devised condoms could have easily outed him as a spy and revealed his intelligence work. He only avoided being arrested thanks to having a letter from Stalin on him.

In the letter, the Soviet Union leader refused an interview which Fleming—as a journalist—had earlier requested.

It seems back then, even a “no” from Stalin carried respect.

Fleming kept his Soviet condoms, and we got James Bond.

If you'd like some thick condoms lubricated with talc—try time travel. If on the other hand you're after the best selection of ultra thin, lubricated condoms, try CondomSales.