The tech behind condoms has basically stayed the same for at least 500 years. The big innovations have been a move from animal intestine to latex, and the addition of a reservoir tip and lubricant, but that’s about it.

From condoms made of ultra-thin material to ones that self-lubricate, the condoms of the future are already in development.

How about condoms 20% thinner?

That’s the promise of graphene - an ultra-thin single layer of carbon atoms. Scientist Aravind Vijayaraghavan from the University of Manchester, believes "the world's thinnest, lightest, strongest and best heat conductive material" could be the next material for condoms.

The Bill and Melinda Gates Foundation gave his team a grant as part of a campaign to develop innovative condom designs to encourage regular use worldwide. While graphene can’t be made into objects alone, Vijayaraghavan's team are working to meld it with latex and polyurethane.

"Graphene is a nano-scale material, which is just one atom thick and a few micrometres wide," he says. "But at that small scale, it is the strongest material on the planet. The challenge is to transfer that strength from nano-scale to macro-scale, at which we use real-world objects. We do this by combining the strong graphene particles with a weak polymer, like natural rubber latex or polyurethane. The graphene then imparts its strength to the weak polymer to make it stronger by reinforcing it at the nano-scale."

This blend can increase the strength of thin polymer film by 60% and permit condoms to be made 20% thinner. 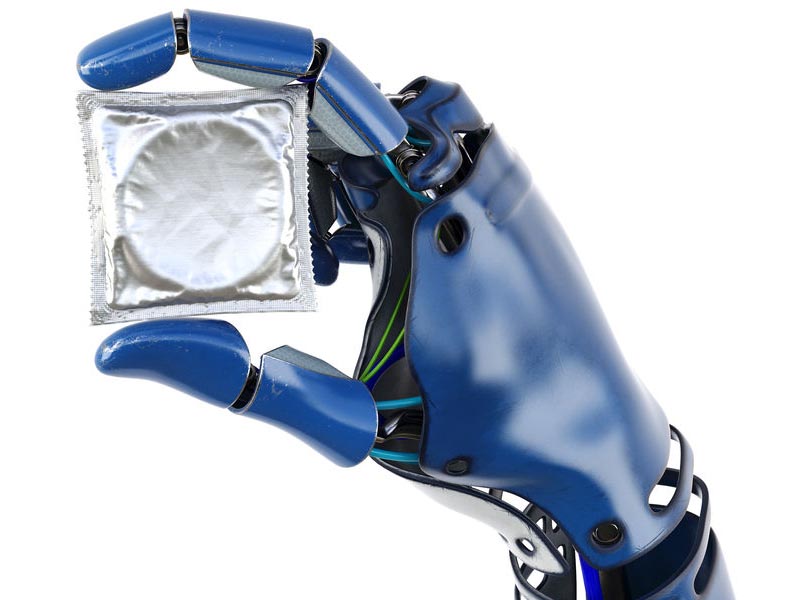 Another beneficiary of the Bill and Melinda Gates Foundation initiative was biomedical engineer Robert Gorkin, a research fellow at Australia’s University of Wollongong. He and his team had been developing materials with physical similarities to human tissue and skin, to make prosthetic organs. So why not engineer a condom with these materials that felt like you’re not wearing one at all?

Gorkin’s team got $100,000 to continue development on a hydrogel condom, a material both durable and touch-sensitive. Six years later Gorkin’s stretchy, skin-like prophylactics are heading into clinical trials. “We’re looking at a new condom platform that is to replace the legacy materials of latex with a new experience,” Gorkin says. “We approached this not just as a scientific innovation, but as what does a condom need to be?”

He estimates the product may be two or three years away from mass consumption.

Another Australian group are developing condoms that combine latex with fibres from the Australian native spinifex grass (long used as an adhesive by indigenous communities) to make condoms thinner and stronger.

Researchers discovered they could reinforce latex with nanocellulose extracted from pulped spinifex grass. This results in a condom that can withstand 20% more pressure in a burst test and be inflated to 40% larger than regular latex condoms.

Nasim Amiralian, a materials engineer at the University of Queensland, one of those leading the project, says the hope is that they can make condoms that are stronger but also perhaps up to 30% thinner than current condoms, which might improve acceptance by making them feel less obvious when worn.

The Self Lubricating Condom

4.3% of the world's population suffer from latex allergy, making the most common type of condoms unusable.

Yet another group of researchers at Swinburne University of Technology and the University of Wollongong in Australia may have the answer: replacing latex with a new material called "tough hydrogel". Most hydrogels—a polymer network swollen by water—are soft and mushy, but those being worked are strong and stretchy like rubber.

Latex condoms need lubricant to make them more comfortable to use, but hydrogels may lead to self-lubricating condoms, and as they contain no latex, they may provide a solution to allergy issues associated with traditional condoms,

While these innovations may be a few years off, in the meantime, big brands like Glyde, Durex and Ansell have continued to do their bit making condoms thinner and thinner while maintaining strength and elasticity. Take, for example, Glyde Ultra 53mm Condoms: thinner than a human hair, made with 100% natural latex. For a little flavour there’s Four Seasons Naked Allsorts. Naked chocolate flavour condoms or Naked strawberry flavour condoms to make it a real pick and mix!