Humans are the most resourceful of monkeys. The twin challenges of avoiding unwanted pregnancy and venereal diseases has been a preoccupation since ancient times. The promise of safe, fun, recreational sex for all, facilitated condom creation, spawned an entire industry and made a lot of hairless monkeys very happy.

Sex in the Cave


Always inventive, they had the answer: condoms made of goats' bladders. It doesn’t sound very appealing, but the “Roman Johnny” was likely very effective. Goats’ bladders were an improvement on the Roman era “condom victory”, which would not have been out of place on “Game of Thrones” and utilized softened, stretched skin or muscles belonging to enemies killed in battle. Like every other crazy idea (tiger penis, anyone?) it also promised sexual virility (obviously not for the vanquished).

When Antony met Cleopatra, you can be sure he wasn’t just bringing a few bottles of ale to the date. He confidently had a few goat bladders poking out the back pocket of his lorica segmentata. 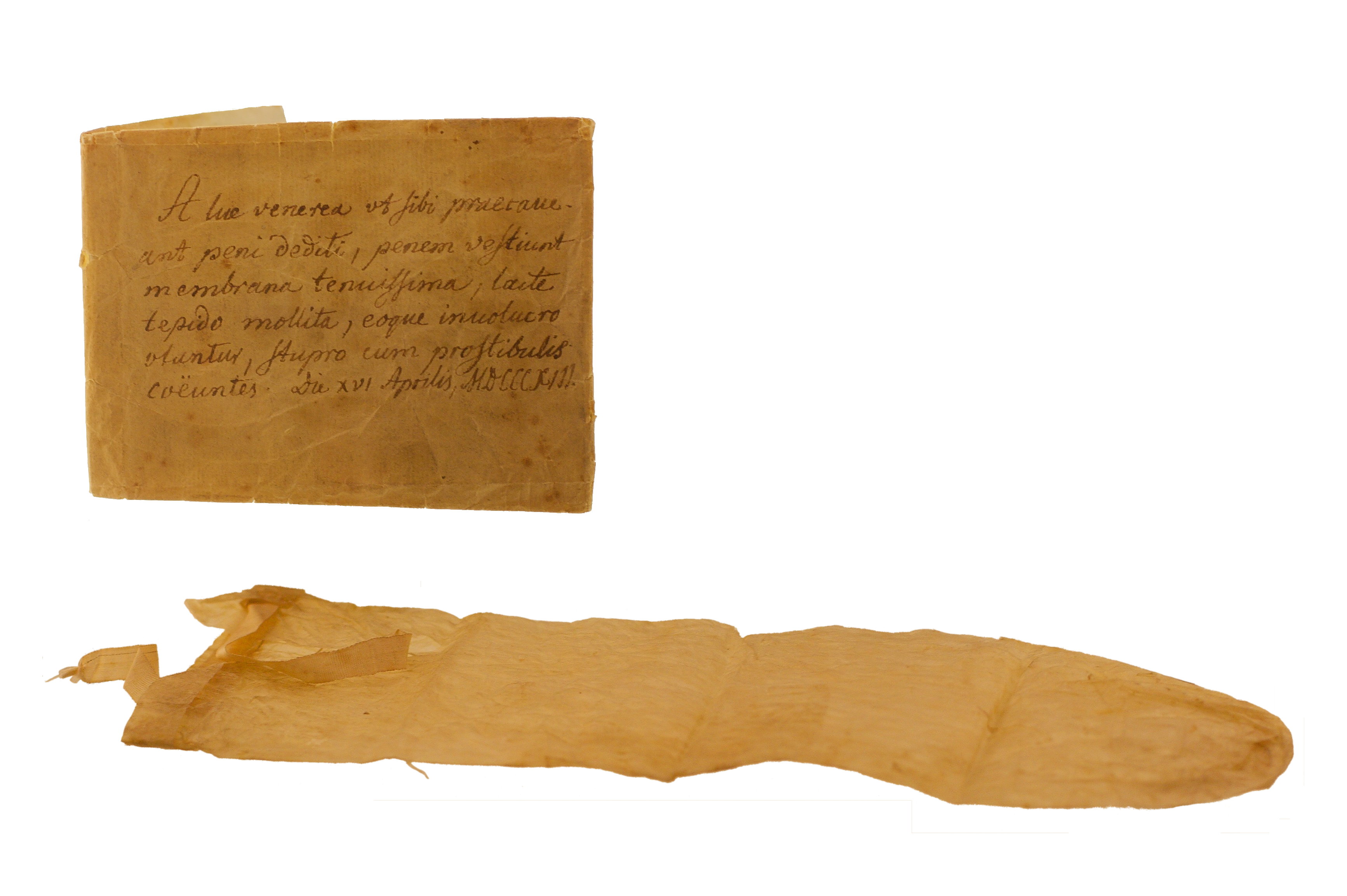 
They brought us civilization, art, sculpture, the appreciation of the naked form, and a way in which to enjoy our newly appreciated bodies in a much freer way. Much of civilization was lost during the dark ages… it’s incredible to think that within a couple of centuries human technology had actually regressed. The dark ages were dark, literally, figuratively and sexually.

The Rubber We Know and Love


Yet one technology kept on going, progressing, reinventing itself. The freedom enhancing condom. By 1855 goats were saved from having their bladders turn into prophylactics and rubber was the choice material of the day. Sure, they were the diameter of a bicycle tube, but there are teething problems with all great innovations.

In the current age we talk about the benefits of disruption, as if it’s the holy grail to be sought in each industry. The simply condom is the purest example of a good idea at all times, and an invention which needed just simple refinement over time (okay, a lot of time).

So next time you rip open a condom wrapper and take out this little thin lubricated rubber sheath, give a thought to history, think about your great-great granddaddy and his bicycle tube, the Roman innovators, and cave painters who left a mark on stone and our gene pool.

Plus, spare a thought for all the goats who gave their bladders so your ancestors could… do what you’re about to.

Lucky for you this is the modern age so you have access to any type of condom at the click of the buy now button. Your condoms will be delivered quickly and discreetly.