Okay, definitions first: The female condom (in case you didn’t know) is a condom made of a soft, thin material that fits inside a woman’s vagina. Made of latex or polyurethane (similar to the male condom) it works as a barrier contraceptive, keeping penis and sperm from contact with the cervix and vagina.

The big question is how do female condoms feel? We’ll get to that.

Should I Use A Female Condom?

Biologically, women are more vulnerable to HIV infection than men. While globally, approximately half the 35.3 million people living with HIV are women, in sub-Saharan Africa, women account for 57%. In many parts of the world, especially third world countries, wealth inequality, economic dependence on men, educational disadvantage, and norms about decision-making in relationships also increase women’s vulnerability. Younger and poorer women are most disadvantaged.

The FC2 Female Condom gives women and adolescent girls greater control over protecting themselves from STI's and unintended pregnancy. Another benefit is it also covers parts of the external female genitals, ensuring that the condom stays in place, which additionally protects against STIs.

The female condom protects everyone, but places power in the hands of women, especially vulnerable women. Yah! 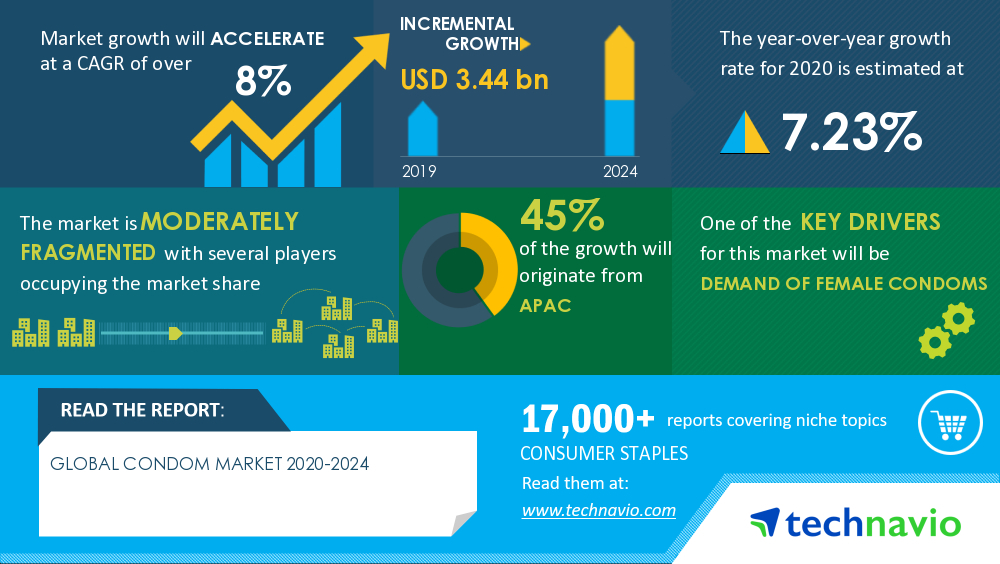 Worldwide, people are using all condoms. A lot of them. Technavio, a global market research and advisory company has been monitoring the condom market and predicts it will grow by USD 3.44 billion during 2020-2024, progressing at a compound annual growth rate of over 8%.

The Reasons For Female Condom Growth?

Besides the benefits for vulnerable women in the third world, Western women, with a more open attitude toward sexuality, are taking control of their own adventures. An increase in the awareness of women's sexual rights are a key driver for the female condom market.

While the female condom has been around for a while (the first modern description was in 1907), it’s taken time to catch on. But with the product championed by national governments, global health advocates, and big brands actively seeking to commercialise female condoms, the market is expected to grow, grow, grow.

Get Your Female (And Male) Condoms at CondomSales.com.au

When used correctly all condoms are highly effective at preventing pregnancy and STIs, including HIV. Give female condoms a go by browsing our selection here, or if you’d prefer to stick with what you know, traditional male condoms are here.

So, How Do Female Condoms Feel?

Well, female condoms can increase sexual pleasure for both men and women. Some comments from women who’ve tried them include:

“Overall, I had great experience and personally prefer the internal condom over the male condom. I found it more reliable and enjoyable because of the lubrication inside and out.”

"Felt very good and got stimulated.”

The female condom's inner ring may stimulate the tip of the penis, and during vaginal sex, the external ring can rub against the vulva and clitoris.

Another advantage of female condoms is an erection isn’t required; so, women can insert the female condom during foreplay, while men don’t need to withdraw immediately after ejaculation, so you can stay together longer.