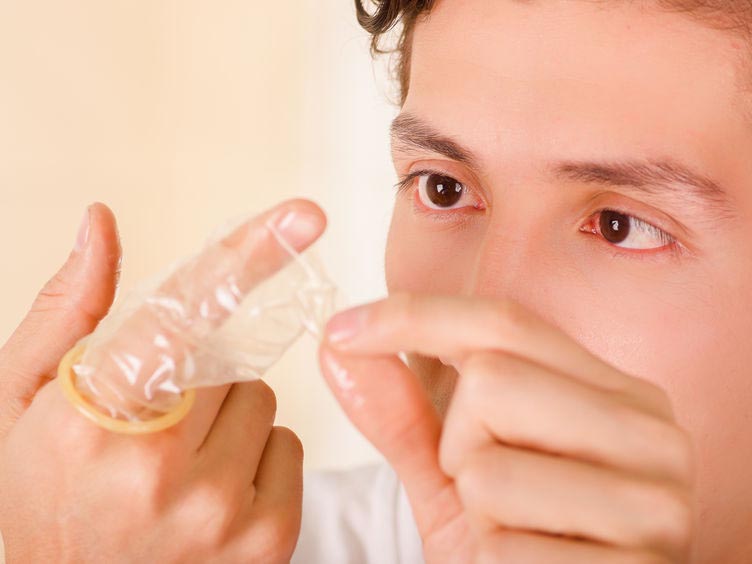 Do you have a mother-in-law or a monster-in-law?

A 20-year-old US woman discovered she’s saddled with the latter.

Revealing her situation on Reddit, the woman - who already has a four-month-old baby girl, explained that her mother-in-law has been poking holes in her  condoms because she was “desperate” to get a grandson.

Now the woman has fallen pregnant due to the tampered contraception.

“My husband and I welcomed our daughter into the world 18 weeks ago,” she explained.

“She’s a darling baby and really pretty easy as far as new-borns go, except for one: she wasn’t a son".

“My in-laws were obsessed with the idea of us having a son, to the point that they denied she was a girl up until the moment she was born".

“Why? Because the bloodline follows the father. If you don’t have a son, our family name will die out, because your daughter will marry a man and carry on his bloodline. So girls don’t really count".

“The day they came to visit in the hospital, my in-laws asked when we would be trying for another baby".

“We kind of just laughed it off, but my mother-in-law got more insistent, straight up telling us 'y’all need to try for a boy!"

Over the next month or two the mother-in-law make comments referencing a new baby, but the woman made it clear that wasn’t happening.

“Around this time, my mother-in-law started coming over daily for a few hours, watching the baby for me so that I could sleep and also occasionally clean up a bit for me"

“She’d be over unsupervised anywhere from 1-4 hours".

The woman said she had a “paranoid” feeling she could be pregnant and took a pregnancy test. When it came back positive she and her husband were confused. They’d been using condoms and lube to make sure they didn’t tear.

How Did The Unwanted Pregnancy Happen?

While happy with the news, they weren’t sure how the new pregnancy could have happened.

When she broke the news to her sister-in-law she was in for a shock.

“Sister-in-law bursts into tears and starts to apologise over and over, meanwhile I sit there with my mouth hanging open and lost,” the woman wrote.

The sister-in-law revealed her mum had been poking holes in the condoms pretty much since she came home from the hospital.

“And suddenly everything clicked into place. That’s why the condoms didn’t work even though we were careful with them".

“That’s why she’d always shoo me off to sleep while she was around. And that’s what she was doing when she was 'cleaning' my house - snooping for our condoms".

“I’m pleased with this pregnancy but it wasn’t my choice. It wasn’t even an accident; it was her meddling because she didn’t get the Golden Grandson she wanted".

Several users said they hoped the second baby would be a girl too.

2. Bring him with you to address her

3. Explain this is the reason why she can’t be trusted in your home ever again. Trust is earned, not to be taken for granted.”

Another user wrote: “I think you have solid grounds to go to the police and see what can be done. Maybe your state (if in the US) has reproductive coercion laws".

Reproductive coercion is defined as: “actions that interfere with a woman's reproductive intentions and any actions that pressurise or coerce a woman into initiating or terminating a pregnancy,” according to the British Medical Journal

It covers various forms of “contraceptive sabotage” from piercing condoms to “stealthing” or removing a condom during sex, without a woman’s permission.

Commonly carried out by partners, in many countries family, including in-laws can also be liable.

When used correctly (without intervention by sneaky monster-in-laws) condoms are one of the surest methods of birth control. You can find a  huge selection of condoms right here.