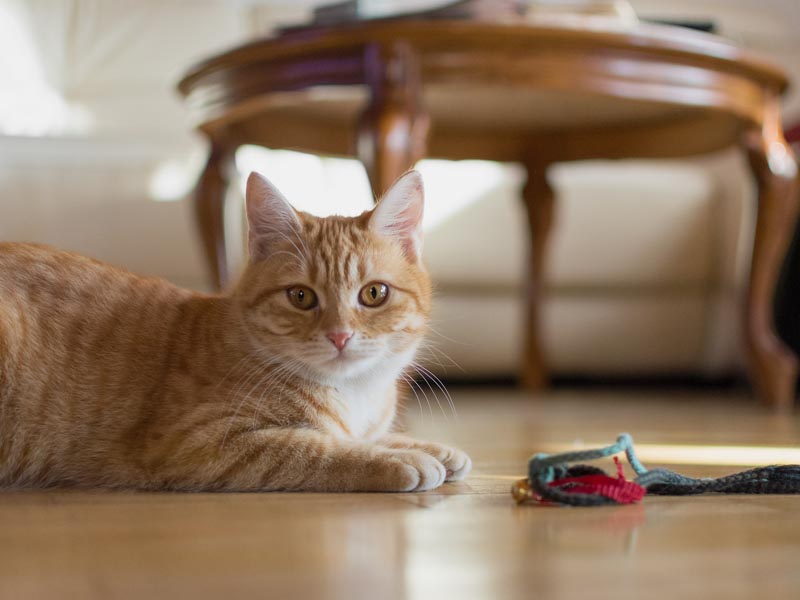 Cats get blamed for many things. Eating the goldfish. Pooping in the plants. Assistant to witchcraft. But a man posting on Reddit as Playtonic1 lays his wife’s unplanned pregnancy squarely at the feet of his ginger cat named rather appropriately, Tom.

He and his wife had decided not to have children until the Covid-19 pandemic was over, the man explained. They were already parents to a baby boy and his wife was recovering from a stressful pregnancy because of preeclampsia.

With his wife feeling sick on the pill, the pair used condoms as birth control—and despite the high protection rate of condoms when used correctly, the man’s wife strangely became pregnant.

“We thought rubbers would be enough…”

Enter Tom, a cat particularly skilful at getting into drawers and cabinets.

“It’s so bad that for weeks after adopting him I thought there was a poltergeist in the house because each morning I’d wake up to find every single cabinet door in the kitchen wide open!” Playtonic1 wrote.

“My first f*** up was storing the condoms in the same drawer as the Q-tips, which he loves to get into and shred apart,” said the Reddit user.

“He must have seen the box of Q-tips in the drawer when I put my rubbers away, because not even an hour later I stumbled upon a horrific scene of chewed plastic straws, shredded cotton fluff and shiny gold condom wrappers scattered around the gaping drawer that once contained them,” he added.

So what do you do? You pick everything up and throw away the Q-tips. The condoms? Well, they’re just scattered everywhere. You put them back into the box, into the drawer, and close it.

How My Cat Got My Wife Pregnant

Later when the time comes, you reach for a condom "thinking nothing of what happened earlier".

Only three weeks later, your wife shows pregnancy symptoms. She takes a test, and it comes back positive.

You might be puzzled for a while about the pregnancy. Bad luck?

The man soon remembered Tom and his drawer emptying fetish.

“Suddenly it hits me… that damned cat,” he explained.

The Case Of The Clawed Condoms

“I ran over to the bathroom drawer where I kept the condoms, dumped out the box on the counter and started to inspect each miserable little foil square. Sure enough, several had noticeable scratches, teeth marks, and even full blown punctures in them…”

The couple is now getting ready to welcome child #2. The man added: “Can't wait to explain to my new son or daughter one day that they owe their existence to the family cat!”

If your cat has destroyed your condom stash—you can get replacements from Australia’s best selection of condoms right here. We've also got the best personal lubricants.

Buying direct from us means you get the highest quality products in Australia. Buying bulk condoms mean better value for money, and you’ll have them mailed in secure, discrete packaging straight to your door.