Thailand is a beautiful country of extremes, of magic, and of characters.

It’s a country where you can wake to the mysterious chanting of monks, get lost in endless night markets, and where you’ll find “Mr. Condom.” 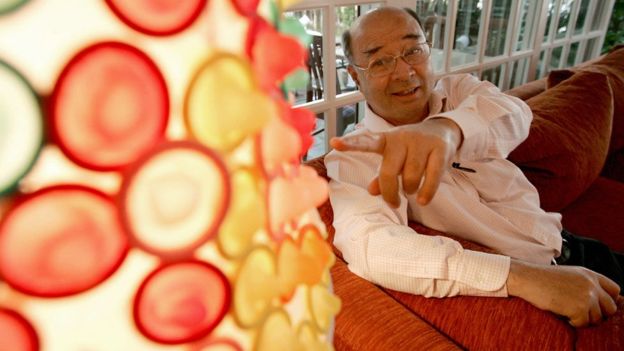 Don Draper has nothing on Mr. Condom for pithy taglines.

“Coffee and condoms. We keep you awake and alive.”

So who is this guy and how did he get this nickname?

Of mixed Thai and Scottish heritage, Mechai studied economics at Melbourne University, before returning to his homeland where he embarked on a career where the condom has continuously been at the centre of his activities. Thailand of the 1970's was beset with an overpopulation problem. Seven kids to a family was common. Something needed to be done, and the politicians (surprise) weren’t doing much. Mechai stepped in with the aim of educating people on child mortality, and family planning - and providing condoms and birth control. He had kids blowing up condoms in schools. Free condoms everywhere. He had Buddhist monks pouring blessing water over contraceptives. People got the message. Mr. Condom got his name, and the average number of kids in Thai families decreased over time to 1.5.

Fast-forward to the 1980's. The rise of HIV/AIDS meant Mr. Condom was needed more than ever.

He opened a restaurant chain called “Cabbages and Condoms,” where diners received free condoms with their meal. There were new slogans to get business onside: “Sick staff can’t work; dead customers don’t buy.” Police were handing out condoms to passers-by in the Cops and Rubbers program. To promote a cause, “you need a symbol,” Mechai says, so superhero Captain Condom (yes, a guy in a condom suit) was created to visit schools and night spots.

Instead of simply telling, Mr. Condom was big on showing. To combat the common fear that AIDS could be contacted from day-to-day contact, he appeared before reporters and drank from a cup that had moments earlier been sipped by a woman with the AIDS virus. An attention grabbing moment which got the message across clearly to everyone watching: you can’t catch AIDS from casual contact.

The antics provided the palatable coating for a very serious message. A condom is always the best prevention against HIV/AIDS (or any STI for that matter).

Today, Mr. Condom uses profits from his own businesses and funding from the Bill and Melinda Gates Foundation for projects such as building schools of bamboo for children in poor areas, with the aim ultimately of empowering Thailand’s rural villagers.

Yet AIDs issues are never far from his mind. “Young Thais,” he says, “don't realize how easy it is to become infected with HIV. They allow their erections to rule their lives rather than their brains.”

Multi-colored condoms are still handed to people in the cities, tourists, sex workers, mothers, fathers, and children, but as this colorful character points out, condom use is an ongoing campaign that doesn’t begin and end with one man. “A lot of people in Pattaya are like the front-line troops … they know they are in the line of fire so they wear a crash helmet, compared to many other Thais who don't quite realize they are also in a war zone.”

Today more than ever, any sexually active person might take a leaf from Mr. Condom's book and protect themselves against STD's.  At Condomsales.com.au, we offer a variety of condoms, delivered discreetly to your door.