We hope every condom supplier in Australia and across the world is aware of a recent idea that won a TeenTech award in London, England. The idea, created by three teenagers, is called “S. T. Eye.” They intend to create condoms that change colours when coming in contact with a Sexually Transmitted Infection (STI). 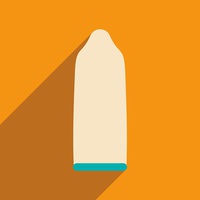 The three teens are Daanyaal Ali, Chirag Shah, who are fourteen years of age, and Muaz Nawaz, who attend a school in Ilford, London. Their idea is to create a condom that will change colours when it comes in contact with antigens for STI’s by reacting to the proteins in those antigens. In other words, if you have an STI, the condom would detect it and change colours based on what disease it is.

The students modeled their idea after a form of HIV testing called “Elisa,” a wet lab procedure in which colour changing is used to indicate the presence of HIV antibodies in a sample. The students want the condom change colours on both the inside and the outside for four STI’s: yellow for herpes, blue for syphilis, purple for genital warts and green for chlamydia.

The teens were originally apprehensive at using the idea. They were afraid it would be taken as a joke. They wanted to “pitch” the idea because there were more than 450,000 diagnoses of STI’s in England just in 2013.


What’s in Store for the Innovators and their Condoms

Luckily for the teens, someone took their idea very seriously. Not only did they win the ages 11 to 16 TeenTech award, which is given for applying technology to solve problems, they were asked to meet the Duke of York at Buckingham Palace last month and they won 1000 GBP for their school.

The best part of all: a condom company has already contacted the teens and offered to help them get the idea off the ground.

Regular condoms have stood the test of time and if used correctly are still deemed to be 99% effective in the prevention of STD’s and unwanted pregnancies. If you have questions, use the contact box or call us on 1300 4 CONDOMS.