The people at Durex feel that condoms need their own emoji to further condom awareness. For many who don’t know, some otherwise tepid emojis, such as a taco, a peach and an eggplant, have been used online to suggest sex. Durex proposes that a condom emoji be created and used to suggest safe sex.

Durex has actually launched a campaign to get this done. Dr Mark McCormack is a co-director for the Centre for Sex, Gender and Sexualities, located in the UK at Durham University. According to Dr McCormack, “Many young people have gained their sexual knowledge….searching the Internet.” 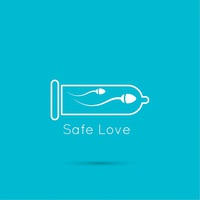 Dr McCormack feels that, while discussion of safe sex is easily accomplished within a relationship, it is more difficult with a potential partner or a new partner. Recently, Durex conducted a study on the feasibility of launching the campaign. 80% of those who participated were in favour of the new emoji, saying it made discussion of safe sex “easier and more fun.”

80% of those in the survey from 18-25 years old said that emojis make it easier to express themselves while 84% said emojis made them more comfortable when talking about sex.

Unfortunately, there were some scary numbers in this study. Nearly half thought HIV would not ever have any effect on them or their friends. One out of three said they didn’t care about safe sex.


Durex Condoms and the Emoji Campaign

Durex has produced a video that they are encouraging people to share with their friends on social media. According to Karen Chisholm, Marketing Director of Durex USA, a condom emoji would increase condom awareness and help fight STI’s and unwanted pregnancies. At least one study indicates that people who use emojis on their computers have a better sex life. We are not making this up.


What Does This Mean to You?

Try the emoji out for yourself. In the meantime, you can have Durex condoms delivered discreetly to your door by ordering them from us.